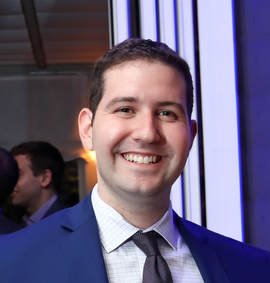 Fineman works as a coordinating producer for "The News with Shepard Smith" on CNBC. There he serves as part of the management team leading the story selection, planning, control room production and direction of CNBC's nightly news show. He also oversees and produces 20+ taped and live interviews a week under tight deadlines. These include high profile and news making interviews and segments.

Previously, Fineman worked as a producer for the TODAY Show and NBC News. There he produced and oversaw some of the TODAY's biggest news making assignments and served as the control room producer. Before working at NBC, he worked as a producer for CBS News. In that role he wrote and produced taped stories and high profile live guest segments for CBS This Morning. In addition, Fineman conceived, launched, hosted, and produced the CBS This Morning Podcast. He also co-created and produced the DC based political podcast, The Takeout. Fineman also spent time working for CBS News' 60 Minutes.

Fineman graduated from Washington University in St. Louis with a degree in History and Political Science. He studied video editing theory and AVID Media Composer at The Manhattan Edit Workshop.