From May 2013 to August 2013 I interned at CBS News for 60 Minutes. While at 60 Minutes I was able to assist 60 Minutes OT, the online content for the show, in writing stories and blog posts connecting videos to pertinent and breaking news stories. I received four bylines for these duties. The stories are below: 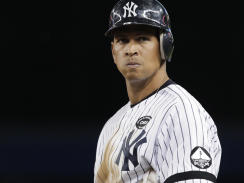 Today, Major League Baseball suspended Alex Rodriguez for the remainder of the 2013 season and all of the 2014 season for the use of performance-enhancing drugs. In 2007, Rodriguez appeared on 60 Minutes to tell his side of the story.

In that interview (excerpted in the video player above), Rodriguez denied using performance-enhancing drugs and said he was never even tempted to use them.

"Getting big and being stronger was never my problem," he said. "I have never felt overmatched on the baseball field....I'm just trying to be the best I can with the ability that God gave me."

Rodriguez has played 19 seasons in Major League Baseball with the Seattle Mariners, the Texas Rangers, and the New York Yankees. A three-time MVP, Rodriguez currently ranks 5th in career home runs and is considered one of the greatest sluggers in the history of baseball. 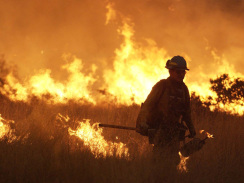 60 Minutes: Fighting a forest fire
By:   Nick Fineman   Topics:  60 Rewind
July 2, 2013 5:56 PM
This past Sunday, 19 members of a forest fire fighting team died while trying to contain an out-of-control wildfire near Yarnell, Ariz. Large forest fires or "megafires" have become more prevalent and dangerous in recent years. These fires are fought by teams of experienced forest fire fighters known as "hot shots."

A few years ago, during one of the worst fire seasons in recorded history, Scott Pelley went out on the fire lines to investigate the rise of these megafires. In Idaho, Scott joined up with a team of "hot shot" firefighters -- a similar battalion to the one in Arizona -- and accompanied them as they tackled a blazing inferno.

To learn what it takes to fight one of these megafires and why the country is facing more fires of this size, watch Scott's 2007 report (above), "The Age of Megafires." 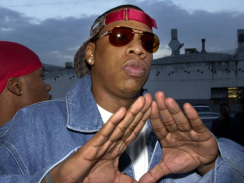 The rapper sat down with 60 Minutes back in 2002 for a conversation with Bob Simon. In the above video, Carter tells Simon that he grew up in the projects and his rough childhood required him to record his song lyrics in a unique way: by writing them down on paper bags.

Despite Carter's tough upbringing he has risen to be one of the most popular rappers in the world. Carter refused to say he was the best, but he admitted that "I haven't heard no one do that [like I do]."

In 2005, as the landmark HBO series "The Sopranos" began shooting its final season, James Gandolfini talked to 60 Minutes' Bob Simon about playing the role of Tony Soprano. In an extended excerpt of that conversation (in the above video player), Gandolfini told Simon that it was the writing that made the show so successful.

"I don't think I've ever said this to most of the writers 'cause I basically like to have a slightly adversarial -- Is that the word? -- relationship with them, but I think they're unbelievable," said Gandolfini. "I sit there and read it and just go, 'Jesus Christ, it's so goddamn smart.'"

When asked about the fate of his character in the final season of series, Gandolfini said he didn't know whether the show's writers planned to kill his character -- but that he was OK with whatever fate they had in store for him.

Gandolfini died yesterday at the age of 51 while vacationing in Italy with his family. He won three Emmy Awards for his role on "The Sopranos." After the show ended, Gandolfini appeared on Broadway and in the film "Zero Dark Thirty." He also voiced the role of Carol in the film adaption of the children's book Where the Wild Things Are.

When asked whether he was concerned about being stuck in the role of Tony Soprano in the minds of audiences for the rest of his life, Gandolfini said, "There are worse things to be associated with."